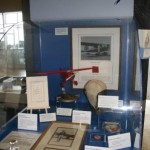 Our Mission
The mission of the International Women’s Air & Space Museum is to collect, preserve, and showcase the history and culture of women in all areas of aviation & aerospace; educate people of the world about their contributions; and inspire future generations by bringing the history to life.

Our History
More than 25 years ago the idea of preserving the history of women in aviation was just a dream. Since then, memorabilia and historical artifacts have been collected, preserved and stored. Today this dream is a reality. The International Women’s Air & Space Museum, Inc. (IWASM) began as a committee of Ninety-Nines who started saving memorabilia and history of 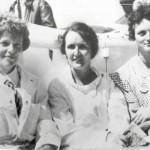 women pilots. The Ninety-Nines is an international organization of women pilots formed in 1929. There were 99 charter members and Amelia Earhart was the first elected president. In 1986 the museum opened in Centerville, Ohio. IWASM was welcomed by the City of Cleveland, Ohio in 1998, where you will find our home at Burke Lakefront Airport. Our exhibits are in the lobby at Burke, as well as the west concourse, and are accessible seven days a week.

Since we are located in a public building, museum admission is free! 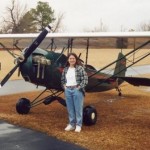 Heather started working in the non-profit sector in the early 90’s installing exhibits for the Akron Art Museum. She graduated from the University of Akron with a degree in photography and art history. She then went on to manage several local photography studios and custom labs and worked as an archival framer for over 5 years. She has spent over 16 seasons working on different archaeological sites in the Middle East where she has served as photographer, small finds registrar, restorer and coordinator. She is currently involved with a project in Egypt, working under the auspices of the Supreme Council of Antiquities.

Her aviation life started in 1991 when she was hired to photograph an air show. She has since  coordinated fly-ins, arranged the aerial portion of military reenactments and ran an air show for 8 years. Heather owns a Pietenpol Aircamper (a 1930s designed aircraft). She has been with the museum since 2003. 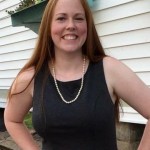 Katie has been a volunteer at IWASM since the fall of 2009, helping at
numerous events. She graduated with degrees in English-Journalism and Sociology from Adrian College in May 2009. While in college, Katie was a public relations assistant where she was the head photographer, promoted marketing projects, and wrote press releases.

Katie has always had a passion for helping various charities. While at Adrian, she spent four years on the committee for Dance Marathon. Katie led fundraising efforts for the Hickman Cancer Center and Catherine Cobb Domestic Violence Shelter, respectively.

For two and a half years, Katie was a manager at Michaels in Mayfield Heights. Through her position she organized and promoted various classes, birthday parties, and the kid’s club.

In her free time, Katie likes to read, work on her photography, and travel. In 2002, she traveled to Australia and New Zealand with the People to People Student Ambassador program.

Michael is an Ohio native living in one of Cleveland’s suburbs all his life. He went to Lakeland Community College and earned his Associates of Arts degree. Michael then went on to graduate from Cleveland State with his bachelor’s degree in 2012 and earned a Masters in History degree in 2014. Michael would like to work as a registrar at a museum in order to work with historical objects. He wants to help educate people in both domestic and international history through the examination of and study of objects. To actually show people their history and where they came from and what we’ve been able to accomplish through objects speaks volumes compared to just reading about it in books. Michael is currently accessioning newly donated items into the museum’s collection and is working on exhibits and collaborations with other local museums.